Commuter rail or bus rapid transit may not be coming to St. Paul’s southern suburbs anytime soon, but that isn’t stopping communities along the future Red Rock Corridor from preparing for just such a reality. 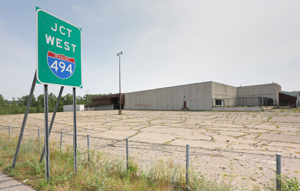 The latest sign of preparations for a transit-oriented future comes in Newport, where an open house on Wednesday will showcase designs for a transit station to be built next year near the Highway 61 and Interstate 494 interchange.

The station would become part of the fledgling Red Rock Corridor, a 30-mile transitway that may eventually bring commuter rail or bus rapid transit along the Highway 61 corridor. Plans call for stops in Newport, Hastings, Cottage Grove and St. Paul, where it would connect with the Central Corridor Light Rail Transit line. The site is at 2222 Maxwell Ave., a former lumberyard.