Could commuters in the southeastern metro be served just as well by a bus rapid transit system as commuter rail?

That’s the question the Red Rock Corridor Commission is hoping to answer as they set out to update a 5-year-old study of a 30-mile transitway that would include stops in St. Paul, Newport, Cottage Grove and Hastings. 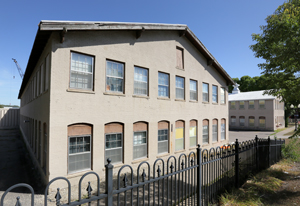 In Hastings, city officials plan to demolish part of the former Hudson Manufacturing factory to prepare the site for redevelopment. The site, at 200 W. Second St., is near the planned Red Rock corridor, a 30-mile transitway between Hastings and St. Paul. (Staff photo: Bill Klotz)