Limited Route 365 service rerouted Beginning Aug. 21, three selected Route 365 trips to Minneapolis during peak commute times will be rerouted. A recent survey of Route 365 riders asked if they would use the Newport Transit Station if the facility was served by Route 365. As a result of this survey, limited Route 365 […]

The Red Rock Corridor is a proposed 30-mile transitway running along Highway 61 and Interstate 94 to better connect the southeastern metro to St. Paul.  A previous study identified a preferred route for bus rapid transit service along Highway 61 between Hastings and Union Depot in St. Paul. Bus Rapid Transit is an all-day transit […] 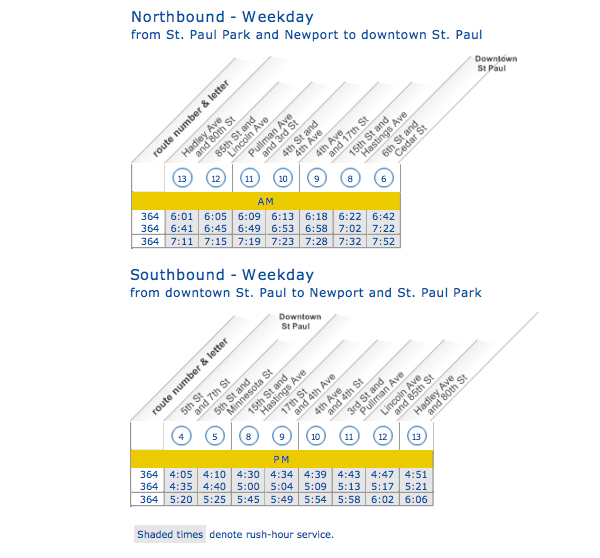 Four stations are planned for the 30-mile Red Rock commuter rail line from Hastings to St. Paul and Minneapolis, and beginning tonight, the public will have a chance to learn more about those plans in a series of four open houses. The stations are tentatively slated for downtown Hastings, one of two potential sites in […]